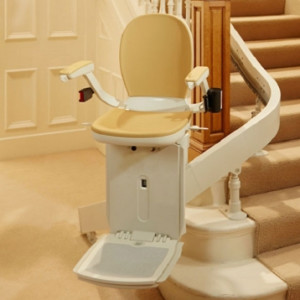 Moving around the house can be difficult for the elderly. It can also be challenging for those who just had an injury, or recovering from an operation. Fortunately for them, technology has come up with a solution in the form of stair lifts or chair lifts. Acorn is one of the most trusted companies in the U.S. that designs and installs stair lifts. Reading Acorn stair lift reviews is one way to learn more about the firm, its reputation, and the quality of its chair lifts.

Acorn is based in Orlando, Florida. It was founded in 1992 and employs more than 1,200 people around the world. It has manufactured and installed thousands of stairlifts in countless homes worldwide.

Its core business is the manufacture of Acorn 130 Straight and Outdoor Stairlifts. It also sells the Acorn 180 Curved stairlift. The firm has offices and distribution centers in other parts of the world like Australia, Canada, and the United Kingdom.

Acorn is also the first company in the industry to design stairlifts that rely on DC power. The benefit of this feature is that the stairlifts don’t have to be connected with wires and cables unlike other stairway chair lifts. It also means there is a lower risk of danger in homes with children and pets that could get tangled with the wires.

It is a great choice for seniors, people with disability, and recuperating patients who have a two-story home and a single staircase. It is also ideal for homes with a basement.

The Acorn 130 has a padded seat and backrest to provide comfort to its user. It has a safety belt installed in it, securing the user at all times. And its slim fold away design means it won’t cause obstruction in the stairs, and allow other people to use it.

The railing of the 130 is secured directly to the stairs, and not to the wall. Hence installing this stair lift will not result to any structural damage to the house.
Installation is also quick, taking less than a day. Most of the time, a stairlift can be installed in three hours or less.

It also has advanced features like a diagnostic digital display that enables the user to see where the stairlift is located at all times. Then there are five safety sensors placed on the footrest and carriage, which automatically stops the lift in case the sensors detect obstruction on the staircase. Plus there are two remotes included in the product package, giving the users the option to share the device with another member of the household.

The Acorn130 is compliant with European safety standards and the International standard for stairlifts.

It also employs a rack and pinion system, gently transporting the user to the top of the stair. It has two braking systems for additional security. Each of the batteries of the Acorn chair lifts can last for around three years. A replacement set would cost around $70.

Then there’s the Acorn 180 which is designed for curved staircases and those with multiple landings. It basically has the same features as that of the Acorn 150, such as the padded seat, backrest with seatbelt and fold away design. There’s also a directional paddle switch that is intended for users with limited dexterity, allowing them to effectively operate the stairlift.

The maximum user weight capacity of the Acorn 180 is 265 pounds, so those who weigh more than that should look elsewhere for an aid in going up and down curved stairs.

For outdoor use, there is the Acorn stairlift 130. It is the perfect mobility aid for those who love going to the patio or front porch as it is made of weather-proof materials to withstand heat and rain. Like the Acorn 180, the Acorn 130 also has the same features as the Acorn 150. The Acorn 130 can accommodate users who weigh as heavy as 300 pounds.
All Acorn stairlifts come with a comprehensive warranty on the motor and gearbox. All other parts are covered by a one-year warranty.

Acorn, however, has not been free from complaints from some of its clients.

Perhaps the biggest flak that the company received in its history is being blamed for the deaths of two pensioners in the United Kingdom.

The victims—George Bathmaker and James Bell, both 79—were killed in separate falls after the seats on their chairlifts gave way. Both plunged down the steps, killing them in the process. According to the findings of a joint inquest, there was substandard welding on the stairlifts used by both victims.

Acorn said these were isolated incidents, arguing that these were the only accidents that the company has been involved with in more than two decades in the industry. It reassured its clients that its stairlifts remain of good quality, and that there will be no further incidents of this kind.

In response to the brouhaha, the company did recall and replaced 250 stairlifts in the country, 38 of which were found to have substandard welding.

Acorn has also been recalling some of its products to prevent any accident from happening. It recently recalled outdoor stairlifts made between 2007 and 2011 due to a potential fall hazard. The seat posts in the said stairlifts were replaced.

Notwithstanding the unfortunate incident that cost the lives of two Britons, Acorn has remained as one of the top makers of chair lift for stairs. Acorn stairlifts cost has also stabilized through the years, so budget-conscious buyers will find Acorn a good choice. It also helps that Acorn has remained committed to safety by proactively recalling some of its products that can pose danger to its users. 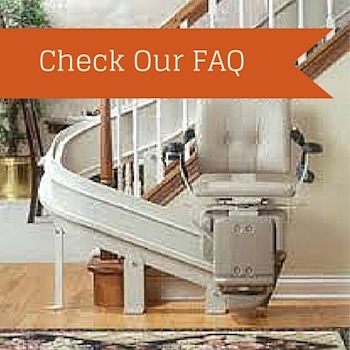